This week, in a move like something from a particularly eventful episode of The Office, popular project management app company Basecamp banned political and societal discussion in the company’s internal communications.

In a post that has been revised for “clarification,” the company’s co-founder Jason Fried listed six rules for employees: No societal or political discussions at work; No more ‘paternalistic’ benefits; No more committees; No more lingering on past decisions; No more 360 reviews; No forgetting what we do here.

A follow-up post from Heinemeier Hansson notes that Basecamp will still permit discussion of issues deemed central to its business like anti-trust and privacy; certain civil liberties are to be championed, while others, like racism and climate change, are not.

On the surface, it seems reasonable, Fried and co-founder David Heinemeier Hansson would like you to believe that it is. After all, people are paid to work, not soapbox, right?

So why, if they’re the ones being protected, are Basecamp’s employees angry about the move?

It turns out, multiple sources from inside Basecamp are reporting that the ‘political’ and ‘societal’ issues referred to in Fried’s public memo were, in fact, frank and open conversations about Basecamp itself.

As reported by The Verge, way back in 2009, a list of ‘funny’ customer names began circulating at the company — hardly respectful, potentially racist, and certainly inappropriate. The misalignment between co-founders and staff occurred when staff members attempted to hold discrete conversations about this and numerous other diversity and inclusivity failings at the company. Fried’s move appears to be a direct attempt to halt criticism of the status quo at Basecamp.

Basecamp itself is a highly political organization: The co-founders have written several books advocating certain societal change; they even provided a campaign headquarters and substantial donation for a candidate for Chicago mayor. Both co-founders are highly active on social media, using their business positions to elevate their personal views.

The truth is that the solo entrepreneur is an almost mythical beast. Successful startups require contributions from a range of skills and experience beyond any one individual. Jason Fried may be the frontman, strutting up and down the stage in spandex pants, with David Heinemeier Hansson playing lead guitar with his teeth, but behind them, there’s a drummer keeping time, and behind them all, there’s a crew of roadies without whom none of the equipment will arrive, let alone sound good.

Basecamp’s founders argue that the company has a mission, and that mission is to create apps that streamline the workplace. But how can you develop a product that is inclusive if staff cannot discuss what inclusive means? The answer is, you can’t.

Discussing racial bias in advertising or the impact of company wastage, climate change, or gender pay gaps in HR meetings are all political and societal and lead to a healthier, more united company.

As designers, we often say that you cannot not communicate; every decision is a design decision; there is no such thing as “adesign.” Likewise, choosing to be apolitical is itself a political choice. The only way it is feasible to run a company like this is to treat employees like robots (in the word’s original sense).

If employees feel the need to discuss exclusionary policies in the workplace, do the company founders, who benefit from those policies (or they would not be in place), have a moral or legal right to restrict those discussions?

Although it is the first point in Fried’s list that has drawn most ire, it is the fourth item on the list that is most telling: “No more lingering or dwelling on past decisions.” Like a parent answering, “Because I said so,” Fried’s attitude to his staff is laid bare in one statement.

It turns out two wealthy white men would rather their employees not try to change the world or even their workplace.

When Coinbase announced a similar move last year, it lost 5% of its staff. If Basecamp suffered the same loss, it would amount to three people. Hardly a disaster. The question for the founders — who, judging by the number of follow-ups and clarifications they’ve published, are aware the ice they’re on is perilously thin — is whether this kind of controversy creates irreparable reputational damage.

The post Poll: Is Basecamp Right To Shutdown Politics At Work? first appeared on Webdesigner Depot. 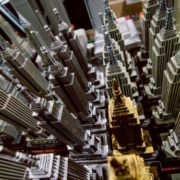 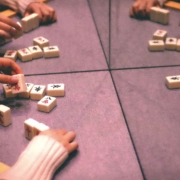 Finding Your Way With Domain Mapping 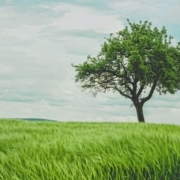 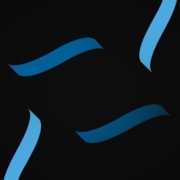 Scaling Databases With EclipseLink And Redis