The Department of Homeland Security (DHS) and the Federal Bureau of Investigation (FBI) recommend that owners of SOHO routers power cycle (reboot) SOHO routers and networked devices to temporarily disrupt the malware.

DHS and FBI encourage SOHO router owners to report information concerning suspicious or criminal activity to their local FBI field office or the FBI’s 24/7 Cyber Watch (CyWatch). Field office contacts can be identified at www.fbi.gov/contact-us/field. CyWatch can be contacted by phone at 855-292-3937 or by email at CyWatch@fbi.gov. Each submitted report should include as much informaiton as possible, specifically the date, time, location, type of activity, number of people, the type of equipment used for the activity, the name of the submitting company or organization, and a designated point of contact.

DHS and FBI recommend that all SOHO router owners power cycle (reboot) their devices to temporarily disrupt the malware.

Network device management interfaces—such as Telnet, SSH, Winbox, and HTTP—should be turned off for wide-area network (WAN) interfaces, and, when enabled, secured with strong passwords and encryption. Network devices should be upgraded to the latest available versions of firmware, which often contain patches for vulnerabilities.

Rebooting affected devices will cause non-persistent portions of the malware to be removed from the system. Network defenders should ensure that first-stage malware is removed from the devices, and appropriate network-level blocking is in place prior to rebooting affected devices. This will ensure that second stage malware is not downloaded again after reboot. 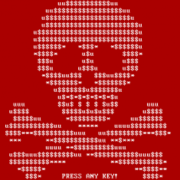 TA18-141A: Side-Channel Vulnerability Variants 3a and 4