Having “no company strategy” is one of the biggest issues facing product managers, according to a recent survey of over 600 product people. After all, how can you set a reasonable direction for your product when you don’t know where your company is headed?

It’s an issue that confronted me recently, when I started work with a higher education provider in the UK.

A few months on, and we’ve found we’ve been able to solve it. And it landed pretty well, we’ve been given the green light (and extra cash) to deliver it!

Here’s how we did it.

Initially, the project was presented to me as something to “increase the number of people who apply to, and join the university”. While these numbers may be useful to measure, they’re also vanity metrics, much like website visitors for an e-commerce website.

UK universities typically get paid by the student every three or four months, receiving the first payment about three weeks into the first semester. So a student is of no commercial value until this point. Getting paid enables the university to deliver its mission of providing education services and helping people into employment.

So, as a minimum, our key objective had to be something like, “to increase the number of people who pay their first tuition fee instalment”. But we felt that wasn’t enough really, because if the student leaves after the first semester then the university would lose on a significant amount of revenue – around 89% for a three-year course.

The key objective, therefore, had to be focused on retention. Something like, “to increase the number of people who complete their studies with the university”. And you could go a step further and add, “…and enter their chosen field of employment”, given that this is typically a student’s end goal and hence a factor in their likelihood to recommend the university.

What we were talking about, of course, was customer lifetime value (LTV) – a term that’s widely used in SaaS and subscription-based businesses – and Net Promoter Score (NPS).

In hindsight, we basically answered two questions to determine our key objective. These were, why does the company exist (i.e. what’s its mission)? And what needs to happen to allow the company to keep working towards its mission?

The university had a number of distinct customer segments spanning across qualification levels (e.g. undergraduate, postgraduate), study type (e.g. full-time, part-time), demographics (e.g. age, residency) and more. It would have been nigh-on impossible to try to create something for every combination from day one.

Fortunately, there was enough data available on the student population and the market to be able to determine which combinations were the most significant. A lot of this information was freely available online, for example, Universities UK’s Higher education in numbers report, which gave us the rich insight displayed below.

We learned that an overwhelming number of students are undergraduates… …and choose to study full-time. Likewise, a high number of students came from the UK, which was important because the application process differs slightly depending where the student is coming from. So, based on this, we decided to focus our efforts on full-time, undergraduate students, who came from the UK, with a view to expanding to all segments as soon as possible.

Step 3. Map the Steps to Your key Objective

To understand where the existing experience could be improved and where we should focus first, we mapped out the milestones a student must go through to reach our key objective. In other words, we mapped out a conversion funnel.

Here are the milestones we came up with.

These milestones could also be used as lead metrics, to help determine whether a student is making meaningful progress towards the key objective, which in this case could take over three years to achieve.

Next, we cobbled together data from a variety of sources and populated the conversion funnel. We didn’t have useful data for the final step (entering chosen employment) so we left it out and made a request to start collecting it.

At this point, there was still no way of telling what was good or bad so we gathered benchmarks for each of the figures based on competitor and sector averages, where known, as well as any internal year-on-year trends.

This gave us a number of areas to investigate further, for example, the withdrawal rates during the first year, which were among the highest in the sector and the “application” to “offer” rates, which were were notably lower than competitor averages.

Step 5. Determine the “why” Behind the “What”

Analysing data was great for telling us what was happening but it didn’t tell us why. So, we took the outputs of the steps above and laid out each one as a question. Then we dug deeper.

You could use an infinite number of methods here but we focused on three things: speaking with people (colleagues and students) to understand what happens at different milestones and why, analysing reams of secondary research and consumer reports, and scouring the largest UK student forum, The Student Room (TSR).

The Student Room was particularly useful. We found thousands of people in our target customer segment openly discussing the same questions we’d laid out, from why they wanted to go to university to how they decide between institutions. The legwork was in finding the answers and drawing logical conclusions, and Google’s Site Search function helped with this.

To help us draw conclusions from the research, we created a mind map. This had our key objective at the centre, our most important questions surrounding it, then any insight and best-guess answers coming off as branches. By the end, it covered most the stuff you’d expect to find on something like a Product Vision Board from the market and customer needs to internal objectives and product requirements.

We were able to deduce that a number of the “problematic” areas actually had more to do with the perception of the university, which was way beyond the scope of this work to change (though was noted in our recommendations). Improving the areas later in the funnel, as well as internal efficiency, were perhaps more within our control to change. We then formed a number of hypotheses about how we might achieve our key objective and agreed specific targets (as percentage point increases). This gave us the focus we needed to proceed.

The next step – and perhaps the simplest – was to think about a solution.

Based on what we’d learned so far, we layered in high-level user experience designs alongside the conversion funnel.

Three or four distinct – but connected – products emerged from our first pass of the experience design, for example, an application product and a separate customer support product. This in turn gave us ideas for the high-level architecture, team structures and skills needed.

Then, using the insight we’d gathered plus some additional technical discovery, we were able to form a view on the relative priority of the products and features and a rough Now, Next, Later-style product roadmap.

So, how did it Turn out?

Surprisingly well, actually. We were successful in “selling” our vision and strategy, and were allocated funds to deliver it. And because we’d involved a number of teams in the process, our peers were (and still are) generally supportive too.

The products and services that are delivered will inevitably be quite different from our early designs. That’s fine, at least we have overcome one of the biggest hurdles to corporate innovation – the urge to procrastinate and do nothing.

Perhaps the most valuable part of this work, however, was the template and process that were created – connecting company strategy (objectives), data and insights to the product strategy, and then seamlessly to the user experience and what’s delivered. This is something I’ve personally struggled to do in the past, having wrestled with tools like the Business Model Canvas and Product Vision Board. Similar to these tools though, the Product Funnel (as we now call it) can continually be updated as the team inevitably learn more – everything is stuck on with Post-it Notes and Blu Tack after all.

Want to give it a try? Download the Product Funnel template.

The post How to Create a Product Strategy Without a Clear Company Strategy appeared first on Mind the Product. 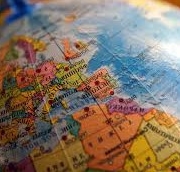 Why Visual Story Maps are Better 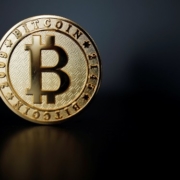 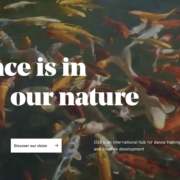 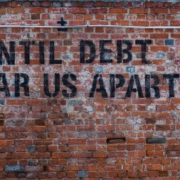 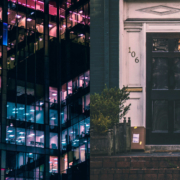 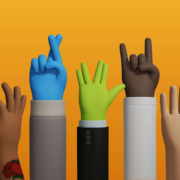 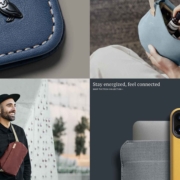